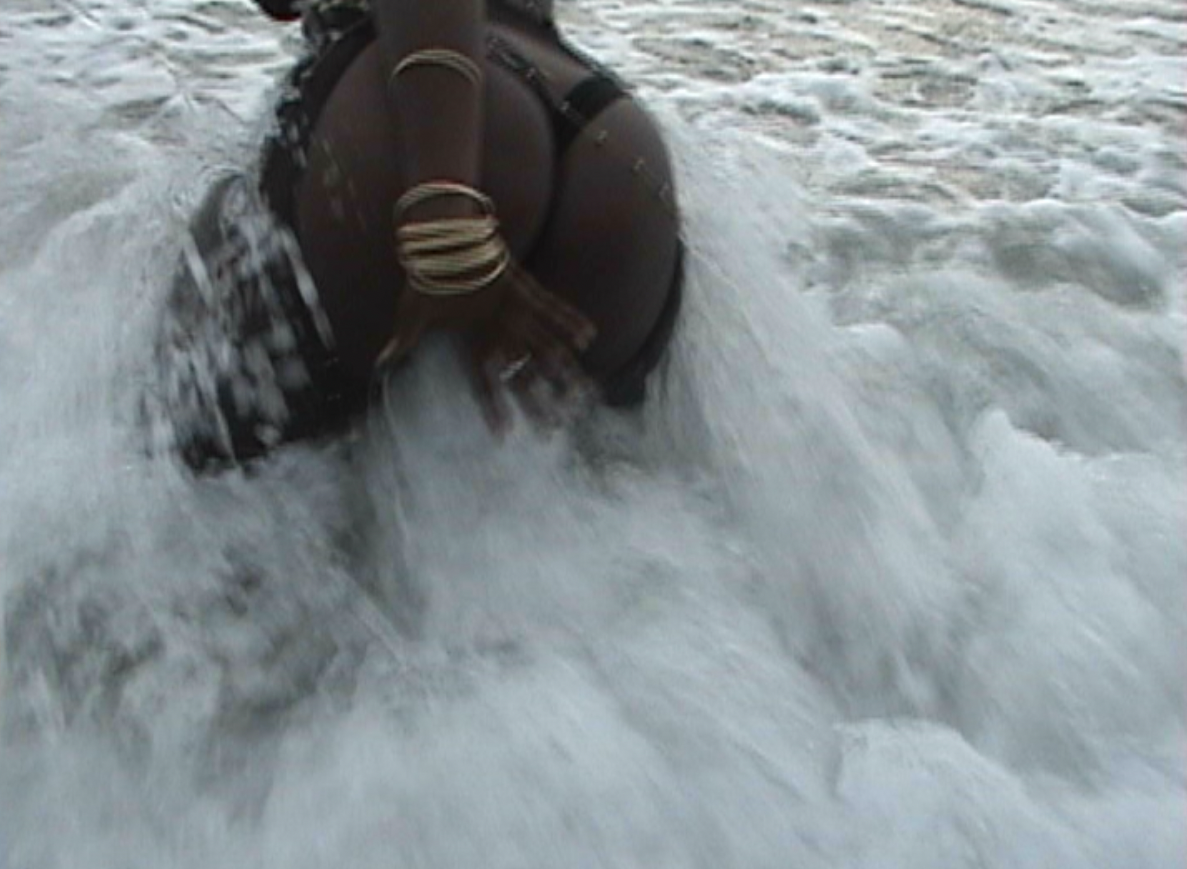 Sacrosanct, presents the sacredness of the Black diasporic commitment to move as fluid and as fierce as the ocean moved us while still experiencing the precarious state of being in and of the African Diaspora.

Sacrosanct was imagined as a sonic and visual installation for the launch of ARCHIPELAGO: A party – An art installation – A sonic portal conceived by Intelligent Mischief. This experiential installation is intended to honor, explain, and activate the ethos of diasporic community building through our shared cultural heritage of music, oral tradition transmission, and dance. The project traces the lines of the past, present and future in which our present day connection and ancestral codes can emerge as key tools for building a post border pan-African century.

“The root of the word mob, MOB, a kind of criminalizing vocabulary that is often used to link large groups of poor racialized people to social disorder in inner cities and at the border derives from the word mobility.” Harsha Walia

“I mean, where will the western world be without Africa … everything is us. I am not saying it, it's a fact. Our cocoa diamonds, platinum, fish, peanuts, palm oil, everything. And you know it “ - Ama Ata Aidoo

“WHAT IS THE SWAGGER? The swagger is about black people being able to speak through our bodies, to resist with our bodies, to say, we have confidence with the way we move.” Rebecca Walker

“Therefore black folks then flip the script and in flipping the script, accept the blackness and then transform it into a different terrain. And that transformation is, in my view, the point of heresy.” - Anthony Bogus

“And to a degree that where black people have gone, where we exist, where we've existed, the spaces we've existed in, and not just survive, but thrive in in a way or continue to grow or evolve inside of sometimes I'd say we've created a culture of freefall.”- Arthur Jafa

“It's the impossibility of ever going home in exactly the same way as you went.” - Stuart Hall

“This is the message that's being sent back to the rest of the world like this is what it looks like where we are.” - Arthur Jafa